Share a memory
Obituary & Services
Tribute Wall
Read more about the life story of Jennifer and share your memory.

It is with sad and heavy hearts, that the family wishes to announce the sudden passing of Jennifer Dawn Mersereau, on October 5, 2022, in Swift Current, Saskatchewan, in her 47th year.

Jennifer was born on December 1, 1975, in Oromocto, NB, and lived the earliest years of her life in Central Blissville and Fredericton Junction, NB. Her later childhood was spent in Cambridge, ON, and then most of her adult years were lived in Alberta and Saskatchewan.

Jen possessed a loving and generous heart, and relationships were deeply important to her. Although she faced many challenges and difficulties throughout her life, she was always ready to see and help out those less fortunate than herself. She was intensely proud of her only child, Joshua, and had often said that being his mother was her greatest joy and most satisfying accomplishment. Jennifer's life touched so many people, and she will be deeply missed and forever held in the hearts of her loved ones.

Jennifer is survived by her son, Joshua, of Kelowna, BC, father Randy Mersereau (Cathy) of Tracy, NB, mother Deanna (Mersereau) Carruthers (James), of Mossley, ON, brother Jerry Mersereau (Jessica), of Central Blissville, NB, half sister and half brother Annamarie and Andrew Carruthers of Mossley, ON, step brothers Christopher Carruthers of London, ON, and Nigel Carruthers (Sara), of Belmont, ON, grandmother Doris Mersereau of Fredericton Junction, NB, and several uncles, aunts, nieces and nephews. She is predeceased by her grandparents Treston Mersereau, and Gerald and Hilda Mersereau.

Jen also leaves behind her beloved dog, Twister. During the last years of her life, she received so much comfort and joy in his devoted companionship.

A private family memorial service will take place at a later date to be  determined, in Fredericton Junction, NB. 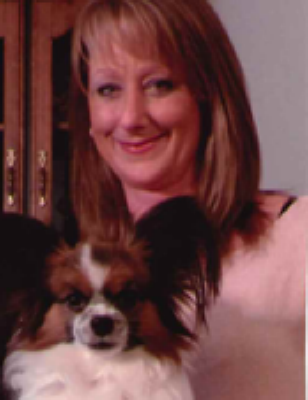 You can still show your support by sending flowers directly to the family, or by planting a memorial tree in the memory of Jennifer Dawn Mersereau