Share a memory
Obituary & Services
Tribute Wall
Read more about the life story of Michael and share your memory.

McCracken, Michael (Mike), died at the Dr. Everett Chalmers Hospital on November 27th, 2022.  He was the son of the late Joyce (Perkins) and Lloyd McCracken of Fredericton Junction, NB.  He is survived by his loving wife Julia (Mitchell) McCracken, his children Sandy (Rob) Perreault, Troy MacDonald, Karen (Erin) Peterson, and Keisha Mitchell, by his siblings Holly (Doug) Blaikie and Greg (Kathie) McCracken, 7 grand children, and 7 nieces and nephews. He was predeceased by his brother Terrance (Terry) McCracken and his wife Joan (Woodward).

Born in Fredericton Junction on March 12, 1951, he was raised on the Gore Road and no matter where he lived, his heart never left.  Mike went to trade school in Saint John and once he had earned his mechanic’s license, he worked at service stations in McAdam and Fredericton before starting at Fairview Plymouth Chrysler in Fredericton.  He worked there for 28 years with the exception of his time spent in Peace River, Alberta.  Mike had built a home in Tracy and worked day and night in Alberta to pay off the house so he could build his dream home on the farm to which he returned in 1986.  Mike also worked at Marwood for nine years before retiring at 57.

Nothing made Mike’s heart happier than times spent taking care of his family, playing guitar or working on the farm with his family beside him.  His talents were diverse and his heart was all in.  Mike is best known for mechanical mind, and his ability to build amazing things out of scrap material to make tasks easier.  He took care of all of the family needs when something needed repair, and if it was beyond repair, he would just build a new one from scratch. He never missed 10 and 3 o’clock break, and would finish a week of hard work travelling and playing music all over southern New Brunswick with friends and family.  Sunday morning was always a day of rest, beginning with Church. Mike also enjoyed time camping with family, whether it be at the family camps, a tent, or in the back of the truck by the lake.

The Gore will always be home; where his heart will remain, and his spirit will wander.

Family and friends are invited to the Fredericton Junction Baptist Church for a Memorial Service on Monday December 5, 2022 at 2pm. with Rev. Maurice Hatfield officiating.

Arrangements are in the Professional Care of Sunbury Funeral Home, . Condolences:sunburyfuneralhome.com 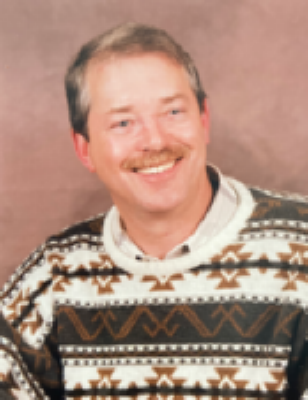